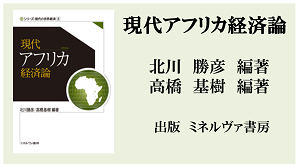 At the Fifth Tokyo International Conference on African Development (TICAD V) held in Yokohama in June 2013, the main theme discussed was how to lead the growing economy of Africa in the last 10 years to the future prosperity.

In his opening address at TICAD V, Prime Minister Abe announced, “What Africa needs now are private-sector investment and public-private partnership. Thus, we must revolutionize the way to support Africa.”

Moreover, TICAD V also reflected Africa’s expectations to improve the business relationship between Japan and Africa, Japanese companies to launch businesses in Africa, and Japanese Government and the private sector to eagerly invest in Africa.

This AB-NET was established due to the rising interest and eagerness of Japan to do business with Africa. From the links below, we would like to introduce you the opening address and Yokohama Declaration by Prime Minister Abe and the analyses of the achievements of TICAD V which we consider the threshold of Japan-Africa business relationship.

– In light of the great success of TICAD V (in Japanese)

“Hand in Hand with a More Dynamic Africa”

(14 January 2014, headquarter of AU, the Federal Democratic Republic of Ethiopia)